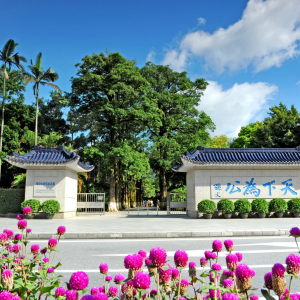 Zhongshan is located in the hinterland of the Pearl River Delta, facing Hong Kong and Shenzhen in the east, Macau and Zhuhai in the south, Jiangmen in the west, and Guangzhou in the north. Geographically, Zhongshan is among the center of Guangdong, Hong Kong and Macao Greater Bay Area. Zhongshan has pleasant climate and abundant resources, which makes it a land of fortune. Since China`s reform and opening-up, Zhongshan people have been motivated to make pioneering efforts. Zhongshan has been accomplishing remarkable achievements during development, and been awarded numerous honorary titles such as UN Habitat Award, National Civilized City, China Top Tourism City, National Famous Historical and Cultural City, National Forest City, etc… By the policy of reform and opening Up, Zhongshan’s tourism industry has created its records in Chinese tourism history with three No.1. They are listed as follow: Zhongshan Hot Spring Hotel – the first Chinese-foreign joint tourism venture, Changjiang Playland – the first large-scale mechanical amusement park, Zhongshan Hot Spring Club – the first golf club. Not only the three No.1, but also 5A tourism area – Tourism Area of Sun-Yat Sen Hometown, 4A tourism area – Zhongshan Zhan Garden, Dayong mahogany Culture Expo City, Zhongshan Huayi Plaza… After 40 years of reform and opening up, Zhongshan’s tourism industry has achieved a lot and these achievements demonstrate the spirit – “dare to be the first” of Zhongshan people.

In Zhongshan, you will realize that the city is full of cultural and historical charm. The red marks of the Communism Party are storytellers of historical changes, allowing the trace-back of the magnificent history.Tourism Area of Sun-Yat Sen Hometown, Sun Yat Sen Memorial Hall, the historical SunWenXi Road Cultural Tourism Street, the photographic hot spot – Zhongshan Film and TV Town, Mahogany Culture Expo City in Lingnan Hui Style, Qi’ao Ancient Road and other tourism hot spots add radiance and beauty to each other with history and culture. The great man’s efforts and modernization together fill Zhongshan with humanistic atmosphere.

In Zhongshan, you will feel that the city is wonderful and ravishing. Various events and entertainment will make you stay. The health-preserving but affordable Zhongshan Hot Spring Hotel, the awards winner QiAo Park, magnificent Huayi Lighting Plaza, trilling Changjiang Playland and the sport hot spot Jinzhonghu Park which is in flower-shape, these scenes scatter on the map of Zhongshan and promote the city. At nightfall, the lights on both banks of the Qijiang River are lit, making the streets splendid. The Ferris wheel along the river is decorated with colorful lights, such eye-catching and magnificent. Meanwhile, water screen film is on show at photographic hot spot ZiMaLing Park. The night of Zhongshan is splendid and unforgettable.

In Zhongshan, you will find the city is built by craftsmanship  and art. Zhongshan has been inheriting the local culture and characteristics of intangible heritage. Zhongshan has been known as the hometown of Cantonese opera for long. Changzhou Drunk Dragon Dance, Zhongshan Xianshuige Dance, Shengshifeng Dance and Triangle Kirin Dance and other traditional dances have been elaborating the soul of folk culture. XiaoLanHong martial Art, Folk Bucket-stroking and Shachong Ma-Clan Spear still well preserve its characteristics and spirits: powerful, precise and disciplined. Intangible cultural heritages, such as Xiaolan Folk Embroidery, Qiwan Golden Dragon Craftsmanship Technique, Wugui Mountain Aquilaria Sinensis production… are also well protected in Zhongshan. The intersection of trend and retro, the impact of literature and passion, and the combination of innovation and harmony are the characteristics of Zhongshan people.

Since the reform and opening-up, Zhongshan tourism practitioners have written the glorious history of Zhongshan tourism with the spirit of “Dare to break through, Dare to be pioneer”. In the new era, Zhongshan tourism practitioners are focusing on the construction goal of “Bay Area Hub, Boutique Zhongshan”, promoting the establishment of national all-for-one tourism demonstration area, comprehensively strengthen the cultural connotation of Zhongshan City, stimulating the vitality of the city, enhancing the charm of the city, and fully participating in the construction of “Cultural Bay Area”, “Leisure Bay Area” and world-class tourism destination. With the best efforts, Zhongshan people will improve the city into a high-quality living space and a hub city in the coastal economic zone.