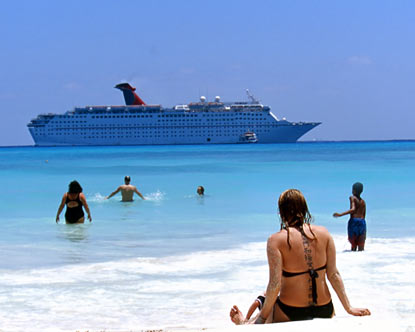 One of the world’s hidden cultural treasure spots, the Caribbean is a favourite amongst sun seeking holidayers. Extending from the Florida Peninsula’s western coast all the way down to the top point of South America, the Caribbean Sea is one of the world’s most ecologically varied and culturally interesting locations. From luxury resorts to developing nations, the region truly has it all.

And yet so many Britons pass over the Caribbean as a holiday spot, largely due to its inconvenient location and relative expense. With the warm Spanish summer significantly closer to home and an African island getaway available for a fraction of the cost, flying all the way to the Caribbean can seem like a waste of cash. But with the right selection of island and accommodation, it really isn’t.

For first-timers in the region, Puerto Rico is an accessible starting point. The islands is a territory of the United States, sharing the large nation’s currency and common law, making it a significantly less stressful transition than other countries in the region. Capital San Juan is an interesting collection of colonial Spanish buildings and tropical beaches, blending history and leisure perfectly for visitors.

Condado is home to the city’s most impressive beaches – an expansive stretch of sand backing onto some of Puerto Rico’s most expensive hotels. The area offers worthwhile nightlife, though superior bars and restaurants are located throughout the Old San Juan area. Hotels in the city typically begin from around £50, making it a fairly inexpensive holiday destination.

Given the Caribbean’s more remote location than nearby European beach destinations, it’s certainly not a travel centre for the plane-averse. However, given its affordable pricing and relative shortage of European tourists, it represents a more complete getaway than Britain’s nearby beach resorts and the typical string of Mediterranean holiday spots.