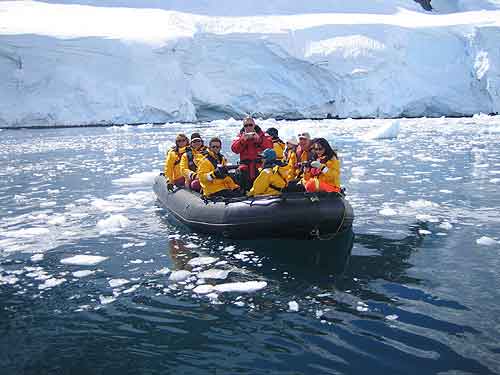 Who goes on holiday to Siberia? Well, according to recent statistics from Russia’s Tourism Board, a greater number of people every year. While the remote Russian back country may not feature on the standard North Asian travel itinerary, hundreds-of-thousands of tourists are treating themselves to a holiday in Siberia, eschewing the traditional sunny beach in favour of the world’s best scenery.

Just ten years ago, travel throughout Russia’s far eastern regions was virtually unheard of. Access roads offered limited travel within the area, although those without four-wheel drive vehicles were often left stranded in the region’s dangerously rough scenery. However, with the region’s famous railway serving record customers annually, the world’s backyard is undergoing a renaissance.

Travel industry experts have pointed to Ewan McGregor’s Long Way Round motorcycle series for the region’s new found success, while others have insisted that the increase in tourism is simply a natural development. Given the truly wonderful scenery and nature on offer within Siberia’s more accessible regions, it appears that one of the world’s last true gems has been exposed to the world.

Most travellers opt to use the region’s railway system, combining a classic holiday idea with some of the area’s top natural attractions. Lake Baikal and its surrounding shores are a popular point for many European tourists, with a growing number of people visiting the UNESCO World Heritage site every season. Fresh fish and local products are popular souvenirs, each competitively priced.

While it seems unlikely that Siberia will win praise from the beach-and-resort crowd, the region is one that’s almost completely unspoilt by mass tourism. Given the relative expense of holidaying in Moscow or St. Petersburg, a railway trip through some of Russia’s undiscovered back country may be the best option for this year’s Far Eastern getaway.