Ryanair, the Ireland-based low-fare airline, has made a €10,000 donation to the UK charity Anthony Nolan, and a €20,000 donation to the Irish children’s charity ‘Jack & Jill’ – the latest in a series of charities to receive support from Ryanair’s ‘Fly to Win’ scratchcards.

Ryanair’s Michael Cawley presented the €10,000 donation to Nicky Read, Head of Corporate Fundraising at Anthony Nolan, which works to support the lives of people living with blood cancer and blood disorders.

He also presented the €20,000 donation to Jonathan Irwin, CEO of the Jack & Jill Children’s charity, which provides direct funds to families of children with brain damage who suffer severe intellectual and physical developmental delay, enabling them to receive home respite care.

Ryanair’s Robin Kiely said: ‘Ryanair is delighted to support Anthony Nolan, which does so much to save the lives of people who desperately need lifesaving blood transplants.’

‘Ryanair is delighted to support the Jack & Jill Children’s Foundation, which does such wonderful work to help families of children with life-limiting and life-threatening conditions,’ Kiely said in a separate release.

Anthony Nolan’s, Nicky Read said: ‘We are delighted to receive this generous donation from Ryanair’s fabulous charity scratchcards. This donation will enable us to recruit more potential donors on to the register and give hope to people in need of lifesaving bone marrow transplants.’

And commenting on Ryanair’s donation, Jack & Jill’s CEO, Jonathan Irwin said: ‘On behalf of the 300 children and their families supported by the Jack & Jill Foundation, I salute and thank Ryanair and its staff most sincerely. To be under the wing of such an iconic brand like Ryanair is just wonderful and a lovely reminder that we are not alone.

We appreciate both the money and the mentions via the Ryanair scratchcards. Thank you.’

Ryanair’s scratchcards are reportedly popular with passengers who can win prizes of cash, luxury cars, or €1 million – for a stake of €2, with some of the profit used to fund numerous charity donations across Europe.

easyJet, a UK-based airline, has organised a midnight runway run at the airline’s biggest base – London Gatwick Airport – to raise money for UNICEF, a charitable organisation that works for children and their rights.

One hundred and fifty of easyJet’s staff, including cabin crew, pilots, office and engineering team members, volunteered for a moonlit runway run at midnight on Monday, September 30. All the participants wore UNICEF T- shirts and completed the 3.3km run in aid of UNICEF’s ‘Change for Good’ campaign. Gatwick’s runway number 2 6 L was closed especially for the fundraising event, which raised over GBP4,500 to provide vaccinations to protect 11,250 children.

Jason Holt, easyJet’s head of Gatwick, said: ‘We’re delighted that so many of the easyJet team gathered together to complete the midnight Runway Run and raise money for UNICEF’s Change for Good appeal.

‘We’re so proud to be supporting such a worthy cause and the enthusiasm and team spirit of all involved has been tremendous – even at 2am! More than GBP4,500 has been raised through this event alone and I’d like to thank the Gatwick Airport team for enabling this unique charity run to take place, and everybody who took part for their support. We’re making a real difference to the lives of millions of children around the world.’

UNICEF UK executive director, David Bull, said: ‘We are delighted to be Running the Runway with easyJet, in celebration of the Change for Good partnership. We would like to say a big thank you to easyJet for their continued support for our life saving work for children.’

Stewart Wingate, London Gatwick CEO, said: ‘Gatwick was delighted to host this unique night-time run and we would like to congratulate easyJet on such a fantastic effort in aid of UNICEF.’

According to easyJet, the airline and UNICEF’s Change for Good partnership has already raised nearly GBP1.2 million in passenger donations and unused foreign currency since its launch in July 2012. UNICEF has used the contributions to immunise nearly 1.5 million children against polio, and 2.5 million children and mothers against deadly childhood diseases and maternal and newborn Tetanus.

‘Change for Good’ is UNICEF’s global initiative run in partnership with airlines all over the world. The airline partners include: American Airlines, Qantas and Cathay Pacific, as well as easyJet in the UK. In total, ‘Change for Good’ has raised over GBP53 million globally for UNICEF’s work with children, easyJet said in its release.

Daniel Wood, lives and works in Norwich as a web developer for a special effects software company, but during May he became a construction worker in Madagascar and, after a life changing experience, is hoping to encourage others to follow suit and discover more about the magical island of Madagascar and its people.

Daniel is 24 and after 2 years working hard in a new job he decided that this year he wanted to do something a little bit different during his time off. So instead of booking a relaxing holiday in the sun he signed up for a month working with a charity called Azafady.

The charity carry out a whole range of projects that aim to help the people, plants and animals of Madagascar and, wanting to challenge himself and try something new, Daniel signed up to help with construction work and repairs on a school, which provides education for children in a remote bush community.

The work was hard, but immensely rewarding for the International volunteers, who worked alongside locals employed by the charity. They helped build a veranda around the existing school to protect it from the elements and carried out essential repair work on the building, everything from replacing rotting wall slats and strengthening foundations to mending desks and giving the walls a fresh lick of paint.

Daniel also helped with some of the education programmes, working alongside translators to teach children about the unique importance of the animals around them and participating in a malaria education lesson.

It wasn’t all work for the team of volunteers however and Daniel also got a chance to explore the local area; which left him with some unforgettable experiences. He danced with locals, fed leumurs out of the palm of his hand, swam on isolated coral reefs and tucked into local delicacies. The one thing that struck Daniel most during his free time however was how all the people were always smiling, despite their hardships and poverty; putting into perspective that perhaps things didn’t really ever get that bad back home in Norwich and making his work on the school even more poignant.

Since returning from Madagascar a few weeks ago Daniel has decided to try and help encourage others to learn a little bit more about Madagascar, one of the poorest countries on the planet and one few know much about, and perhaps follow in his footsteps and do something life changing.

“Volunteering for Azafady was one of the best things I’ve ever done in my life and I’d encourage everyone to have a look at what the charity’s all about. Volunteering for them isn’t just about doing something to help others, it’s an adventure and an experience you’ll never forget.”

To learn more about Daniel’s trip visit his blog at www.danielgwood.com/blog or the Azafady website www.madagascar.co.uk

Ever wanted to donate to charity but feel like you can’t afford to be charitable and enjoy life’s other personal luxuries? Well holidaylettings.co.uk has the perfect solution: Bid4holidays enables you to have a holiday and help change lives.

Bid4holidays launches on 31 May at 9pm. An ebay style online auction, you’ll be able to bid for a week’s stay at one of more than 180 holiday homes and all the proceeds will go to charity. Every day during June a stay in up to six homes will be auctioned off. All homes in the auction are advertised on Holiday Lettings and the weeks have been kindly donated by the home owners. Auctions will run for 24 hours, starting and finishing at 9pm. All funds will be split equally between Cancer Research UK and Helen & Douglas House, the company’s two charities of choice.

The auction demonstrates Holiday Lettings’ dedication to its charities of choice with the target for the initiative an incredible £100,000. An ambitious but also highly achievable goal says Kate-Stinchcombe-Gillies, spokesperson for holidaylettings.co.uk: “This is a terribly exciting initiative. Cancer Research UK and Helen & Douglas House are fantastic charities to work with and we are thrilled to have found a way that our every day offering can be used to raise significant funds for their causes.

“The principle behind Bid4holidays is very simple but packs a punch; by bidding for the holiday you want, you could help change someone’s life. Our advertisers have been incredibly generous offering their homes for the cause and we simply hope that people will get behind this campaign while securing a wonderful holiday at the same time.”

Claire Rowney, head of corporate partnerships for Cancer Research UK, said: “We’re delighted that Holiday Lettings has launched the Bid4holidays auction to raise money for Cancer Research UK. Sadly more than one in three of us will develop cancer at some point in our lives and Cancer Research UK’s work is critical to ensuring more people beat the disease. Survival rates have doubled in the past forty years and our doctors, scientists and nurses have been at the heart of this progress. We thank Holiday Lettings for helping us to continue our life-saving research and supporting our fight to beat cancer.”

Vanessa Fay, corporate fundraising manager for Helen & Douglas House, said: “This is a wonderful idea and we can’t thank Holiday Lettings and their advertisers enough for their support. When people take part in the auction they will not only have the chance to bid for a stay at a fabulous holiday home, they will be helping us give young people with life-shortening conditions the opportunity to live their life to the full.”

The auction starts on 31 May. In the meantime, people can sign up for alerts to receive a nudge when the auction launches and to hear each morning what’s up for auction that day.

Get ready to start bidding and change a life with your next holiday! 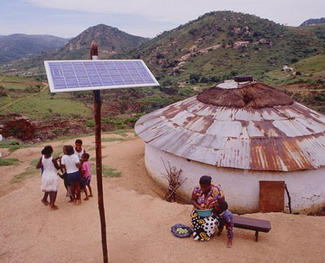