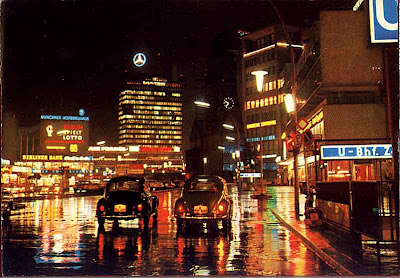 There’s no doubt that Berlin is one of Europe’s top cultural destinations. Alongside an immense collection of classical relics, the megacity is home to some of the world’s most interesting and immaculately preserved Cold War reminders. From the small remnants of the wall to the city’s iconic Brandenburg Gate, there’s little about Berlin that isn’t steeped in historical significance.

But there’s another side to Berlin – the Blade Runner, night-time intensity side. Underneath the city’s undeniable charm and beautiful scenery is a beating heart that’s rivalled by few places in Europe, particularly other major cities within Germany. We’ve surveyed Berlin’s best nightspots, finding the best places for a quick (or slow) drink and a pre-sleep midnight meal.

The city’s best bars are located around the Prenzlauer Berg district – a large entertainment and shopping area that becomes packed with locals and tourists alike from ten onwards. Most of the city’s early nightspots are built around the classic German beer bar template, drawing in visitors from across Europe and local workers from the inner city and its surrounding suburbs.

Interested in going clubbing? Berlin has one of Europe’s best club scenes, boasting a selection of late-night party districts that are rivalled by few other global cities. Take a cab to Mitte and browse the selection of nightclubs and late-night bars, most of which stay open until the early morning. A standard evening in Berlin kicks off around midnight, with parties lasting until the early morning.

Uninterested in music, beer, or cocktails? Take to the city’s streets and capture some of the amazing night-time environments. As one of Europe’s architectural centres, Berlin is a stellar city during the day and even more exotic at night. Budding photographers should check out the city’s ageing train network – one of the most eerie and photographable locales in Europe.