Centro, a UK based organisation that operates bus, rail and the Midland Metro Tram transport in the West Midlands area, is urging transport chiefs from across Europe to come together to reduce carbon footprints in Europe.

The organisation will be sharing ideas with similar associations from Italy, Czech Republic, Poland, Spain, and the Netherlands at the Involve project, which will be working to improve intercity connectivity and lower traffic congestion.

The initiative is expected to run for three years, and will include green schemes such as the Birmingham Interconnect project and Local Sustainable Transport Fund schemes. Road congestion is costing around GBP2.3 billion each year in the West Midlands region, and new initiatives will be working towards reducing such costs.

Rafael Cuesta, the organisation head of strategic development, said, ‘We are delighted to be taking part in the Involve project which gives us the chance to look at how other countries are fighting congestion.

It is often overlooked that transport plays a significant role in supporting our region’s economy by connecting people to jobs, training and education. And by working with other countries we can find new ways of working and hopefully pass on some of our own ideas.’

Earlier, West Midlands transport chiefs had recommended that the UK Government provide safe cycling routes as an important step towards encouraging people to switch to pedalling to work, in order to reduce traffic congestion.

The organisation feels that boosting the number of people cycling in the UK by even 1 percent will reduce congestion significantly. The organisation is pushing to convert 20 percent of the West Midland journeys to cycling by 2016.

From October 30, 2012, the police will be offering extra assistance to commuters on the public transport network in the West Midlands area, in terms of more patrols on board buses, trains and trams. The officers from the Safer Travel team will be there to boost traveller confidence with a more visible presence, and to target incidences of high level and low-level anti-social behaviour, such as smoking and swearing inside the coaches.

The operation will also include the handing out of informative cards to passengers, offering advice on what to do should they witness such offensive and criminal behaviour.

Sergeant Chris Casey of the British Transport Police, said, ‘It is important to remember that crime is down on public transport and that the network in the West Midlands is a very safe way of getting about.

That said, there is always a handful of people who seem to think they can do what they like with no regard for the rest of us, and they are the targets of Operation Goliath.

Such people should be aware that their fellow passengers have a way of letting us know about it, we are listening and we will be looking for them.’

Passengers may text ‘bus’, ‘metro’ or ‘rail’, followed by a space and details of any incident to 83010. Alternately they can lodge their complaints at the www.safertravel.info website, or by telephoning police on 101 for bus, and 0800 405040 for rail and Metro incidents.

The authorities have reported that there has been a 65 percent decrease in crime rates on rail and buses in the West Midlands since 2007, although crimes tend to spike during the Halloween and Bonfire Night celebrations each year. 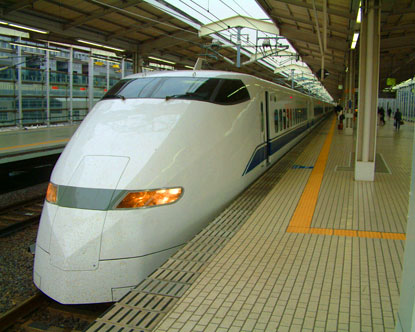