Britain’s travel industry certainly isn’t enjoying the warmth of summer. Since the beginning of 2009, over fifty of the nation’s leading travel companies have been forced to close their doors due to weak revenue and dwindling profits, leaving thousands of holidayers stranded overseas and an even larger number out of pocket. The latest failure is Kiss Flights – a large flight and holiday sales group.

The failure of Britain’s travel industry could continue to spread, warns accountancy firm PwC. With many Britons angered by the failure of Kiss and other holiday providers, spending in the industry is likely to decrease alongside low consumer confidence. The problem is likely to be compounded due to limited savings and consumer spending, particularly on luxury items such as personal holidays.

Independent travellers, however, appear to be unsurprised by the failure of Britain’s most visible travel firms. The industry has seen a significant decrease in profits over the last few years, as more holidayers opt to book their flights independently and use price comparison websites to check for low-cost hotel rooms. One such firm, American Priceline, has reported record profits this year.

It’s a string of commercial failures that many believe could signal the end of the commission-driven travel industry. Travel agencies and other third-party booking companies have typically found value in offering direct fares and discounted travel – services that are now accessible to consumers online and through aggregator services. Analysts are predicting a further decline in travel agency bookings.

For the industry, it’s a problem that is unlikely to go away. Just as traditional publishing is fighting a losing battle against direct-access online products, the travel industry appears to be fighting against an audience that, in many ways, no longer needs it. For the next decade, low-cost fares and cheaper holidays may be found online, not in the window of the local travel agency.

An estimated seventy-thousand travellers could face cancellation or holiday disruption after travel agency Kiss Flights announced it would cease operations. The firm is one of Britain’s biggest fare and holiday comparison companies, employing several hundred employees and holding accounts for tens-of-thousands of British holidayers, many of whom are currently stuck overseas.

It’s the third bankruptcy of its type this month, with rival travel firm Sun 4 U announcing the end of its consumer travel operations just over a week ago. Both companies have encountered problems in managing cash flow, despite the influx of bookings due to Britain’s peak tourism season. Those with bookings made through Kiss are advised to contact airlines and hotels within the next two days.

While the end of trading is consistent with industry trends, it’s certainly an unusual case. Just under one year ago the company had reported strong financial results, with the first-quarter report posting an operating profit of almost £500,000. Travel industry experts have declared the collapse a failure of strategy, claiming that online bookings have cut into the firm’s profit margin over the last year.

Many of the affected holidayers have experienced this situation before, as Kiss operates using many of the same service providers as now-bust rival Goldtrail. For an unfortunate few, the closure could mean a second holiday cancellation. The majority of travelling families will be covered under credit card insurance programs, although those that spread payments may not receive a complete refund.

The closure of Britain’s leading holiday firms is likely to hurt the sector’s marketability, as travellers lose faith in major operations and take up travel planning independently. Statistics show an increase in the number of Britons booking their holidays without the assistance of a travel firm – almost 90% of holidays were booked through an agent in 1998, compared to just 45% over the last six months.

The collapse of travel firm Sun 4 U  has raised questions for thousands of British holidayers. With over one-thousand travellers facing extra fees and accommodation expenses due to the company’s closure, an industry-wide drop in confidence could soon happen. It would be the first of many hits to Britain’s travel industry throughout the year, but it may not hurt all operators.

The high-end travel industry is fairly small in its visibility, but has remained highly profitable even throughout the financial crisis. Luxury holidays targeting those with a high net worth and unlimited holiday time have sold consistently over the last three years, keeping occupancy steady in some of the world’s most expensive and luxurious hotels.

It’s expected that the collapse of mid-range travel operators will do little to hurt the reputation of those that cater to the higher end, instead reinforcing their brands as icons of quality and customer support. Private luxury travel operators tend to operate with higher margins than other companies, targeting their operations to those with disposable income and the desire to relax overseas.

With the Intercontinental Hotels Group announcing an increase in occupancy, it appears that high-end travel is alive and well. The hotel chain has pointed to an increase in business travel and luxury personal travel as the primary reasons for its recovery, claiming that occupancy is up in most of its hotel network. Growth remains highest in the chain’s East Asian hotel and apartment properties.

The bankruptcy of Britain’s leading travel agents certainly won’t be a welcome sight to the country’s thousands of middle class holidayers, particularly those with package tours booked through a travel firm. While the ongoing cash flow struggle is unlikely to hit those at the top of the spending chain, a downturn in mid-range travel sales can and will push many travel agents towards insolvency. 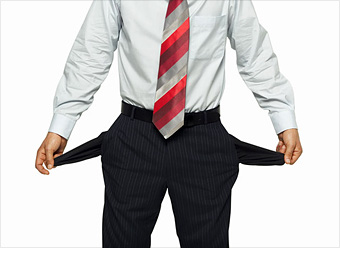 With the holiday season fast approaching, thousands of Britons are planning getaways to various overseas locales. Traditionally, British families have opted to use a travel agent to book overseas trips, accessing low-cost fares and enjoying exclusive offers in the process. But with several of the country’s largest travel agencies going belly-up, it seems like the time to book independently.

The latest travel industry bankruptcy case is that of Sun 4 U – a large travel company based in the city of Birmingham. The travel operator ceased business earlier this week due to falling revenues, citing the limited travel spending of many Britons as reason for its collapse. Holidayers are unsure whether the firm’s collapse could end up compromising their summer holiday plans.

For many Britons, the collapse of a travel agency could mean cancelled bookings and compromised refunds. Tickets booked through an agency are often retained by the company until claimed, leaving many of those who booked out of luck and without recourse. Any travellers affected by the collapse of a bookings and reservations company should contact the airlines and hotels responsible.

More dangerously, the collapse of travel firms could mean a major setback for holidayers that are already abroad. Sun 4 U’s closure is expected to leave over one-thousand Brits stranded overseas without a return ticket of complete itinerary, requiring them to arrange return travel independently and manage bookings without the assistance of a travel provider.

The problem appears to be one that’s compounded by itself. With more travel companies at the brink of bankruptcy, the number of Britons considering a holiday is rapidly decreasing. Airlines have reported an increase in booked seats and hotels an increase in occupancy respectively, though it appears that little of their fortune is trickling down to travel agencies.