JetBlue has recently announced the introduction of new flights between the airline’s Boston focus city and London starting this summer.

‘Our strategy of flying to both Heathrow and Gatwick Airports has been a success for us in New York, and we’ve secured slots to be able to do the same in Boston, becoming the only airline in New England offering flights to London’s two main airports,’ said Robin Hayes, chief executive officer, JetBlue. ‘Our London service has been an incredible success so far and we’ve been able to go in with our unbeatable JetBlue service and experience and bring down fares on a traditionally overpriced route – the JetBlue Effect in action. We’re ready to do the same at Logan as we advance our growth strategies in both Boston and London.’

Flights on both Gatwick and Heathrow routes will operate daily on JetBlue’s new Airbus A321 Long Range (LR) aircraft with 24 redesigned Mint suites, and 114 standard seating. Introductory roundtrip fares for U.S.-originating travellers flying to Gatwick start at $499 roundtrip or $1,949 for JetBlue’s premium Mint experience. Roundtrip fares to Heathrow start at $549 for standard and $1,999 for Mint. Seats on both new London routes are on sale now and U.S. point-of-sale fares are available online at jetblue.com. U.K.-originating travellers can also avail special introductory fares starting at £349 for core and £1,449 for Mint from Gatwick. Roundtrip fares from Heathrow start at £399 for core and £1,499 for Mint.

For exclusive savings and perks, customers can also bundle their flight and hotel with JetBlue Vacations.

‘JetBlue has been a great partner to Logan for many years and we are excited that they are launching two London – Boston services this summer,’ said Massport’s Director of Aviation Ed Freni. ‘These new flights give our passengers even more choice when they cross the Atlantic.’

JetBlue has also announced that it is extending its flying schedule between New York’s John F. Kennedy International Airport (JFK) and London Heathrow Airport, with seats available for booking now.

JetBlue has announced the launch of a pass that will allow pets on board its flights.

The air carrier has launched a new pass called ‘All-Your-Pet-Can-Jet’. The offer will allow the company’s customers to travel with their pets on board without having to pay out extra fees. This will enable passengers who are apprehensive about leaving their pets at home to take them on a vacation and enjoy the holiday with their companion at their side.

The airline’s offer is as follows; for USD299, customers can bring one pet with them. It is a requirement that the pet that accompanies the traveller needs to conform with JetBlue’s carry-on size and weight regulations for pets. The pet accompanying the customers can travel on any JetBlue flights between September 7 and December 31, and there are no holiday blackout dates. Without the new pet pass, each individual flight that the pet takes with its owner would be charged at USD100.

To benefit from the offer, pet lovers that do not want to be separated from their pets have until September 5 to buy a pass, which may be purchased directly at ShopBlue.com. The company has placed certain restrictions on such passes, one being that routes to Saint Lucia, Barbados and Jamaica are excluded from the facility. Pets also need to have all their veterinary paper work in order to be allowed on flights. It is also believed that only four-legged pets will be allowed.

To make the pet pass worthwhile, customers will have to fly on more than three one-way trips with their pets before the end of the year.

New York-based JetBlue Airways has announced that it has expanded its ‘Go Pack’ solution for last-minute travellers.

The company said that its ‘Go Pack’ solution would allow customers to find seats on a flight up to 90 minutes before departure. Packages include last seat availability, and the offer is available from September 13 to December 19, 2012 at www.jetblue.com/gopack. Go Packs are available for purchase until September 6, 2012

The company said that its expanded ‘Go Pack’ packages include 10 flights, good for the base fare for 10 round-trip tickets. Selected destinations to which the service is being offered from Boston include New York’s JFK, Long Beach, CA and San Juan, Puerto Rico. The offer is claimed to be the perfect fit for businesses that are looking to lock in a fixed price for travel. It is also ideal as a corporate recognition programme and will help families and friends looking to share tickets. The package is designed to offer relief to those travellers accustomed to last minute getaways.

An additional advantage for booking the offer now is that each Go Pack purchased will be eligible for TrueBlue points from the airline’s customer loyalty programme. More information about TrueBlue is available at www.jetblue.com/trueblue.

The firm’s director of revenue management, Roger Johnson, said, ‘We listen to what our customers want and based on their feedback we’ve expanded our Go Pack offering to 32 markets, up from our original offers of California and Boston to Washington D.C. which included just three markets. We’ve also extended the travel window to three months to give customers more time to use their pass. The convenience of last minute booking without the worry of sky-high pricing is the perfect reason for business travellers as well as those wanting to share passes with family, friends, or employees to take advantage of Go Pack. The best part is that those who purchase a Go Pack will enjoy the benefits of flying JetBlue with their first checked bag free, plenty of legroom, free snacks, 100 channels of onboard entertainment and the best customer service in the skies.’

JetBlue Airways and Virgin America have announced that they are to offer more benefits for frequent travellers.

The two airline companies are to introduce new reward tiers that provide additional perks for their most-frequent travellers.

JetBlue Airways said that it would launch TrueBlue Mosaic for members who either have earned 15,000 flight points, or who have completed 30 flight segments and reached a minimum of 12,000 flight points in a year. Those who are eligible for this benefit can get a free second-checked bag. A companion accompanying the traveller may also claim the benefit. Other benefits include quicker security screening at 36 airports, and early boarding. They will also have access to a dedicated, 24/7 customer service line and have options to redeem points for extra-legroom seats.

Not to be left behind, Virgin America this week introduced its Elevate Gold option for travellers. Customers who earn 50,000 status points a year are provided with the benefit, while customers who earn 20,000 status points will be listed under the Elevate Silver scheme. Elevate Silver customers can get one free checked bag, while Gold members can get up to three. In addition, flyers in both tiers will receive perks such as priority check-in, security clearance and boarding. 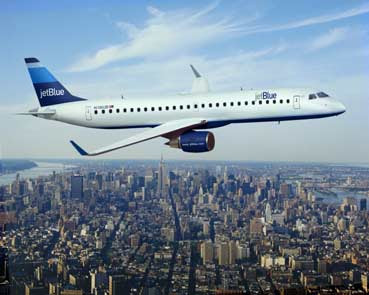 Travel industry employees may have found their Robin Hood. JetBlue flight attendant Steven Slater sparked a media frenzy after he dramatically quit his job at the airline, leaving an airliner through its emergency slide and stealing alcohol from the plane’s beverage cart on the way out. His story is one of several winning praise from airline employees, and it could lead to improved in-flight etiquette.

Flight attendants have embraced Slater as an icon of their trade, claiming that poor treatment and limited approval from guests is part of their job. His dramatic exit has been well received by both the public and those employed in aviation, with several flight attendants labelling him as a working class ‘hero’. Slater is currently out of New York City jail after consulting lawyers and posting bail.

Alongside the approval from service employees is an acknowledgement from those on the other end of the transaction. Audiences have taken kindly to Slater’s story, claiming that it has increased their understanding of what service staff go through. While Slater himself has largely avoided speaking directly with the press, many believe that his ‘meltdown’ could improve onboard airline behaviour.

Slater’s story has been a top feature on news shows throughout the United States, and his ongoing trial in New York will likely continue to get attention. The airline employee has claimed that he is interested in returning to work, blaming a series of events in his personal life for the bizarre exit from his job and subsequent media attention.

For JetBlue, the dramatic exit could prompt a study into employee treatment. For Slater, it could end up landing him with a large fine and a potential prison sentence. For air travel employees, it may result in better treatment, even if it is at the risk of an unusual emergency slide escape.